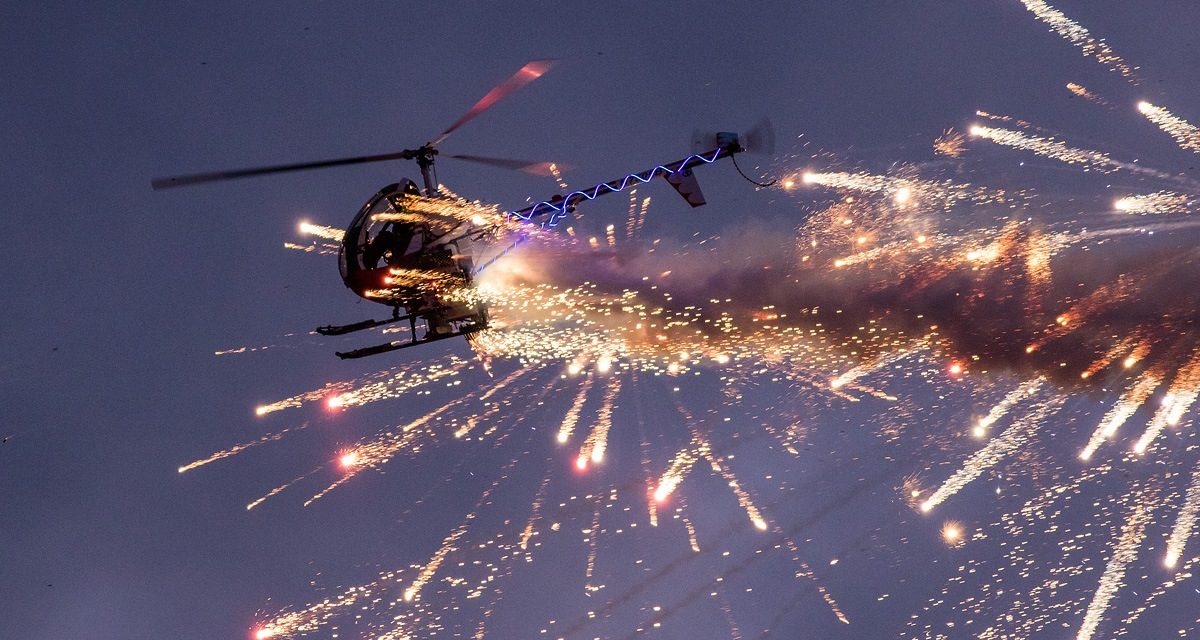 Three fast jets and crowd pleasing twilight displays have been unveiled as part of the programme for this year’s Clacton Airshow.

Returning to the event is the ever-popular MiG-15, a retired Polish Air Force jet which boasts a top speed of 0.92 Mach and is capable of sustaining forces of 8G. Operated by the Norwegian Air Force, it is painted in Russian colours and represents the ‘enemy aircraft’ in their displays.

Also appearing at the Clacton Airshow, which takes place this year on 25-26 August, is the De Havilland Vampire FB52 which flew with the Swiss Air Force for almost 40 years and has a maximum speed of 548mph.

Now flown by the historical squadron based in Norway, it is currently flying in temporary RAF markings having been the star in filming of The Shepherd, a John Travolta film project based on the novel of the same name by Frederick Forsyth.

Completing the fast jet line-up at the 2022 Clacton Airshow is the BAC 167 Strikemaster Mk82A, an ex-Oman Airforce jet which produces 3,500lbs of thrust from its pure turbo jet – giving a noticeable noise as the display is carried out at up to 4G.

Alex Porter, Cabinet Member for Leisure and Tourism at Tendring District Council (TDC), which runs the Clacton Airshow, said the prowess of the jets was one to admire.

“One of the great aspects of the Clacton Airshow is the variety of flights on display; the raw power of these three jets, operating at high speed, high-G and with high manoeuvrability is often in stark contrast to the other aircraft,” Councillor Porter said. “Each of these will bring something unique to the event, and are well worth a watch.”

Joining the jets will be twilight displays from some airshow favourites including OTTO the Helicopter. Taking place on the first day of the event, the twilight display has proved a crowd-pleaser since it was introduced in 2015 – lighting up the evening sky and providing an opportunity for those working to enjoy the Airshow atmosphere.

This year’s Clacton Airshow takes place on 25-26 August, with the twilight flights taking place on Thursday evening, the first day.

Returning to the night flight line-up is Otto the helicopter from O’Brien’s Flying Circus, where the rotors create a perfect spinning mechanism for brilliant pyrotechnics to light up the sky.

Also jumping into the action will be the world-class Tigers Army Parachute Display Team, freefalling with trailing smoke and flags, who will perform a day-time jump as well as their dusk performance. The Tigers, whose attendance at the Clacton Airshow is sponsored by Fisher Jones Greenwood Solicitors.

Completing the twilight flight display are the Firebirds, two lit-up light aircraft who give a swirling aerobatic display and who are also performing on both days of the Airshow. Made up of possibly the most modified Piper Cub aircraft in the world, the Firebirds are equipped with smoke, lights, lasers and pyrotechnics to wow the crowds in the evening – while also putting on a strong display during the day time flying too.

“With the sun setting behind Clacton, the dusky sky is the perfect backdrop for these displays which are really visual,” Councillor Porter said. “Otto’s ‘chopperbatic’ antics, complete with fireworks, are truly something to behold, while the skill of the Firebirds and the Tigers team is just incredible. The twilight flights are a bonus extra to the Clacton Airshow for spectators, and I would encourage people to make use of the excellent restaurants in the town or even stay overnight to enjoy day two; and can also be great for local residents who have to work in the day and miss the main displays.”

The evening will round off with a fireworks display from Clacton Pier.

Radio Airshow from BBC Essex will once again broadcast live from Clacton Airshow on 103.5FM and BBC Sounds for flight fans who cannot make it down to enjoy the event in person. Those who are travelling to the event can make use of the Park and Ride service from Hedingham Buses or the event car park run by the Clacton-on-Sea Rotary Club at West Road. 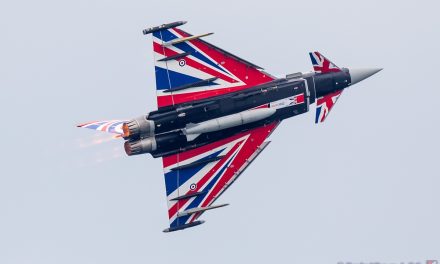 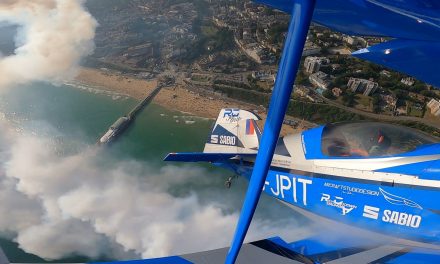 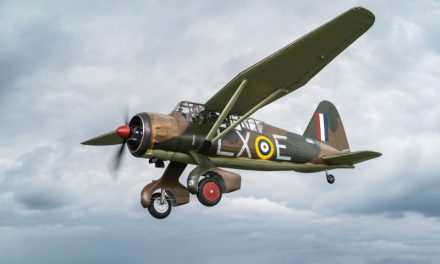