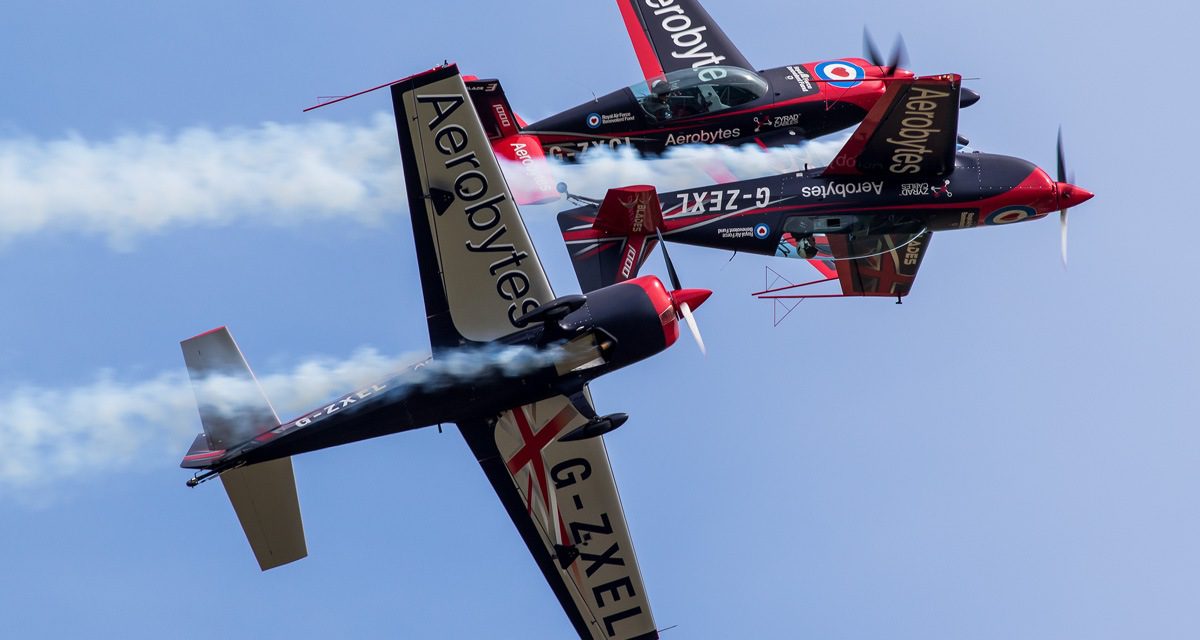 A world-class aerobatic display team is set to wow the crowds at the 2019 Clacton Airshow.

The Blades will perform their precision flying close-formation aerobatics above the Clacton coast on both days of the Clacton Airshow, taking place on 22-23 August this year.

Flown by a number of former Red Arrows pilots – themselves a regular fixture at the Airshow in recent years but out performing in North America this summer – the display will not disappoint spectators at the event.

Indeed fans’ favourite Mike Ling, former ‘Red 10’, joined The Blades this year and will be part of the display team, which performs more than 30 different manoeuvres during their flight reaching crossing speeds of around 350mph.

‘Lingy’ spent a record ten years with the Red Arrows racking up more than 2,500 sorties and 700 public displays

The Blades are the first flight being announced for this year’s Airshow, which is run by Tendring District Council (TDC).

Other flights being announced today are the Wildcats, an exciting aerobatic display flown in Pitts Special biplanes guaranteed to thrill the crowds on both days with closing speeds approaching 400mph, the Norwegian Air Force Historical Squadron T-33 Shooting Star, and the Slingsby T67 Firefly – firm favourites at the Clacton Airshow.

Alex Porter, TDC Cabinet Member for Leisure and Tourism, said The Blades would be a fantastic display to watch.

“We know there was some disappointment from Clacton Airshow fans when it was announced that the Red Arrows would be on their tour of North America over the time of this year’s event, but we really think that to have secured The Blades for both days of the Airshow will more than make up for it,” Cllr Porter said.

“There is a strong flight line-up at this year’s Clacton Airshow which we will be revealing over the coming weeks, and whether you’re regular visitors to the event or considering coming down for the first time, I highly recommend it.”

Radio Airshow from BBC Essex will once again broadcast live from Clacton Airshow on 103.5FM and 729AM for flight fans who cannot make it down to enjoy the event in person.